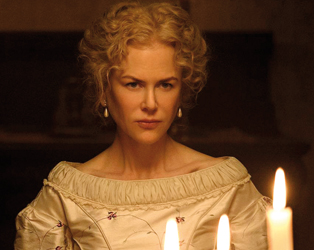 It’s a new week at the IFI – time to welcome three new films for your enjoyment.

We’ve got Sofia Coppola’s The Beguiled starring Nicole Kidman and Colin Farrell, which won the filmmaker a Best Director Award at the Cannes Film Festival 2017. Irish feature Pilgrimage also makes its debut (written by former IFI employee Jamie Hannigan no less!) and David Lynch: The Art Life is an intimate portrait of the early years of the directing legend, before he made his first film.

Read on for some selected reviews of these films, and pop into the IFI to make up your own mind!

THE BEGUILED
“A tremendously watchable movie, with its teasing flecks of noir and black comedy”
4/5 – Guardian

“The big ‘twist’ will knock you sideways. Alas, if there is one major problem with Coppola’s film, it’s that there probably isn’t enough of it”
4/5 – Irish Independent

“The Beguiled is an intimate and bewitching tale of love, lust, and betrayal with a cast that brings down the house with their subtle but powerful performance”
4/5 – Scannain

“Hokum, but decent hokum – or put another way, a decent slice of historical escapism”
4/5 – RTE

“When action does get underway – the Celt ambush is a bloody one – Muldowney shows himself to be adept at handling the swordplay”
4/5 – Entertainment.ie

DAVID LYNCH: THE ART LIFE
“Utterly essential for his many followers. They may be surprised by how much of it makes sense”
4/5 – Irish Times