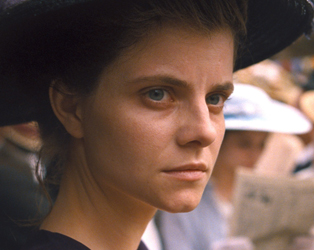 Three new releases open at the IFI on Friday May 31st – Sunset, In Safe Hands and The Blue Angel.

SUNSET
“A thing to be admired and puzzled over, featuring fantastic feats of millinery”
5/5 – Irish Times

“If Sunset doesn’t hit with nearly the impact that Son of Saul does, this look back at the chaos before the storm establishes Nemes as a major voice.”
4/5 – Rolling Stone

“The style may be disorientating at times, preventing certain characters from making an impact but, for the most part, it’s fascinating, thrilling, intoxicating.”
4/5 – The List

IN SAFE HANDS
“This intelligently performed film is still a welcome look at a vital and underappreciated duty of state.”
3/5 – Guardian

“Intelligently observed and backed by a strong cast…”
Hollywood Reporter

“On top of the drawing power of Jannings comes the discovery of a new magnet, Marlene Dietrich.”
Variety

“She smolders, she smirks, she fails to be amused, she dominates, she destroys.”
Washington Post

“That lonesome train whistle which we hear twice in the film signals the desperate escape which the Professor succumbs to without any kind of realistic plan or care for his future. Recommended.”
4/5 – RTÉ