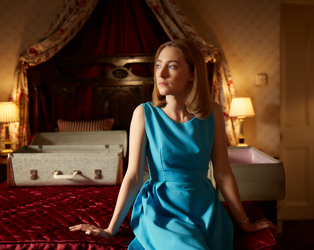 Review Roundup: On Chesil Beach, The Breadwinner and Zama

Three new films are out this week: On Chesil Beach starring Saoirse Ronan, The Breadwinner from Irish company Cartoon Saloon (Song of the Sea) and Zama, the new film from Lucrecia Martel after a nine year wait.

Check out some reviews below and pop into the IFI to make up your own mind!

ON CHESIL BEACH
“For audiences, the sobs-to-scenes ratio could be exactly the same on Ian McEwan’s Dorset coast as it was in Colm Tóibín’s New York”
4/5 – RTE

THE BREADWINNER
“The animation is gorgeous in this Oscar-nominated feature about a young woman supporting her family under the Taliban in Kabul, but the real magic is in the storytelling”
4/5 – Irish Times

“Indeed, The Breadwinner has all of the right ingredients to be examined in depth by schools in Ireland, and hopefully, one day, by every child around the world”
5/5 – RTE

“Her subsequent adventures will expose the cruelty and nonsensical stupidity of the Taliban’s ham-fisted theocracy, its ugliness a stark contrast to this heartfelt, wonderfully animated film”
4/5 – Irish Independent

“A mordantly funny and relentlessly modernist critique of colonialism”
4/4 – Rogerebert.com

“A patient, delicately strange film chronicling an increasingly impatient man and a destiny beyond his control”
Chicago Tribune

“Poetic is a word that gets thrown around willy-nilly, but it fits perfectly here. So does woozy. It feels less like a film than a high fever”
4/4 – Rolling Stone