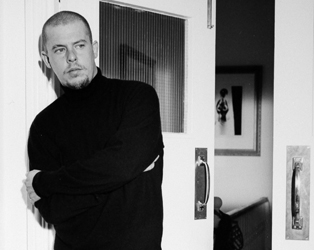 Documentary McQueen about the famed British fashion designer, All the Wild Horses is another documentary which tells the incredible story of the Mongol Derby, a dangerous 1000 km race and Pandora’s Box is a classic starring the great Louise Brooks.

Read on for a selection of reviews or why not pop into the IFI to make up your own mind!

“It’s an extraordinary story, and is brilliantly told with the help of friends, family and colleagues in Ian Bonhote and Peter Ettedgui’s superb documentary McQueen”
5/5 – Irish Independent

“We are left at the end with a need to know more, and a wish to do so, which may be one way of saying this documentary has done its job”
Financial Times

“You can’t help but warm to the competitors’ gumption, ambition and a bravery that often comes close to foolhardiness”
Independent

“It’s extravagantly sexual and mad, and Lulu is herself as Scott Fitzgerald might have described her: beautiful and damned”
5/5 – Guardian

“This synopsis could apply equally to a great or a laughable film. Brooks makes it a great one”
4/4 – Roger Ebert