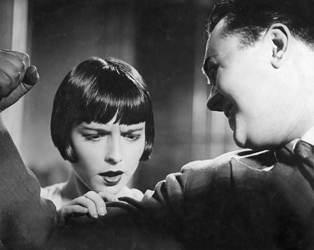 This film was released 8th June 2018, and is no longer screening.

A classic of Weimar-era German cinema, the film gave actress Louise Brooks, whose American career was fading with the advent of sound, the chance to her place in cinema history as a style icon.

Here, she is truly luminous as Lulu, moving from one affair to the next even as her sexual magnetism wreaks havoc in her lovers’ lives, ultimately bringing about her own tragic downfall. The frank attitude to sex and sexuality is typical of Weimar cinema, and the film and its star retain their seductive allure.