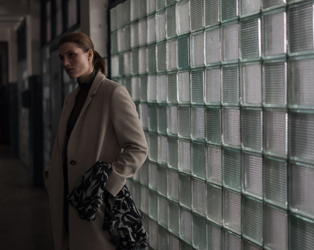 After a hugely success previews event and Q&A last month with director Andrey Zvyagintsev, Loveless returns to the IFI. This Russian drama will chill you to the bones with a tale of absent parents and a young boy who goes missing.

Bulgarian satire Glory is all about a poor railway worker who goes out of his way to do the right thing when he returns some money he finds on the tracks, and finds his life spiralling out of control.

You’ll find some reviews of these films below, and why not pop in to check them out for yourselves.

“Andrei Zvyagintsev’s Loveless is a stark, mysterious and terrifying story of spiritual catastrophe: a drama with the ostensible form of a procedural crime thriller. It has a hypnotic intensity and unbearable ambiguity which is maintained until the very end”
5/5 – Guardian

“In Zvyagintsev’s Russia, cruelties are paid back twice over in kind, and a fresh snowfall, covering everyone’s tracks, is never far away”
5/5 – Telegraph

“For all the deadened souls who throng the tale, the telling could not be more alive”
New Yorker

“[Zvyagintsev] continues to solidify his place as one of the most important and original voices in world cinema”
Roger Ebert.com

“If it’s black humour and fatalism with a stiff shot of misanthropy you’re looking for, search no further than this cruel but compelling drama from Bulgaria”
4/5 – Guardian

“A sharply executed, superbly performed Bulgarian tragic dramedy where the lives of a cosmopolitan PR woman and lonely railroad worker come together in some highly unfortunate ways”
Hollywood Reporter