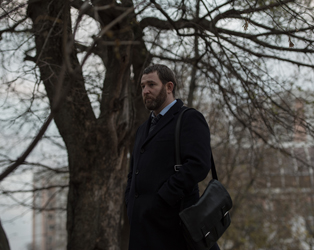 This film was released 9th February 2018, and is no longer screening.

Andrey Zvyagintsev’s (The Return, Elena, Leviathan) bracing new film is ostensibly a missing person police procedural, yet similar to Leviathan it bears interpretation as a state of the Russian nation address. A prosperous Moscow couple are in the final stages of separating; both have taken new lovers and are close to selling their apartment.

Caught in the crossfire is their neglected twelve-year-old son, who is treated as an inconvenience in the carve-up of their discordant lives. They fail in any attempt to shield him from their mutual disgust, selfishness and constant internecine fighting – indeed they barely notice when he doesn’t come home from school one day and is declared missing. As with all of Zvyagintsev’s work, Loveless is as exacting and precise as a blade and displays magisterial filmmaking control.