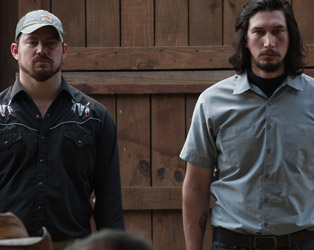 It’s Friday and that means only one thing – new movies at the IFI!

We’ve got a couple of corkers for Friday the 25th of August, including the intense drama of Detroit, directed by Oscar winner Kathryn Bigelow, which brings the riots of 1967 to startling life. On the lighter side of things, Ocean’s 11 director Steven Soderbergh returns to the big screen with Logan Lucky, a comedy starring Channing Tatum, Adam Driver and Daniel Craig.

Check out some reviews for these films below, and pop in to make up your own mind!

LOGAN LUCKY
“A singular film-maker returns from a cinematic sabbatical in qualified triumph. We’re lucky to have him”
4/5 – Irish Times

“Instead of edge-of-the-seat moments, there are gags and clever touches and excellent performances”
4/5 – Guardian

DETROIT
“With a hugely impressive ensemble cast, Detroit is a breathtakingly realistic account of racial violence in America”
4/5 – Entertainment.ie

“It has relevance and passion, and by finding the story’s heart in the music of the Dramatics, Bigelow creates a humanity amid the anguish”
4/5 – Guardian