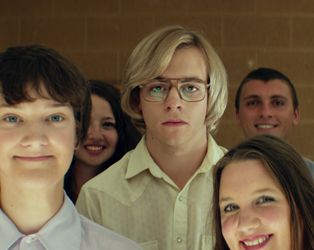 New releases this week include French drama Ismael’s Ghosts starring Marion Cotillard, My Friend Dahmer which visits the serial killer as a young man and That Summer, a prequel to the influential documentary Grey Gardens.

“A freewheeling gambit, hurtling in multiple directions at once, and it’s thrilling to watch Desplechin try juggle them all”
indieWire

“There are moments in this movie that are richer than anything you can possibly see in a movie theater this month, scenes that will fill you with awe”
San Francisco Chronicle

“The restraint with which [director] Meyers handles his story deepens it, adding melancholy layers to Jeffrey’s morbid dysfunction”
4/5 – Irish Independent

“Everybody is losing out in this grim, claustrophobic version of the late 1970s”
4/5 – Irish Times

“My Friend Dahmer is both sensitive and fascinating, distinguished by a stellar, mouth-breathing performance of insecurity from [Ross] Lynch”
Village Voice

“Not only does the film breathe new life into an American family surrounded by tragic mythos, but it sheds light on a cinematic treasure that forever changed documentary filmmaking”
indieWire

“At its best, “That Summer” proves an effective time capsule aimed squarely at Beale devotees, adding light and context to the saga of this endlessly baffling and singularly captivating mother-daughter duo”
Los Angeles Times