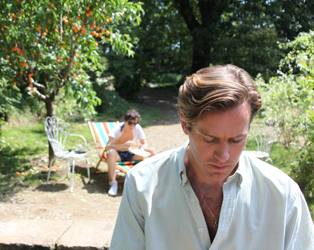 Review Roundup – Call Me By Your Name and Grace Jones: Bloodlight and Bami

Two new films are on release today, Call Me By Your Name and Grace Jones: Bloodlight and Bami.

The first is romantic drama based on the 2007 novel of the same name by André Aciman, which stars Timothée Chalamet and Armie Hammer. The second is a new documentary which follows 69 year old icon Grace Jones as she tours the world and plays a concert at Dublin’s Olympia Theatre.

Read on for some reviews of these titles, and pop into the IFI to make up your own mind!

CALL ME BY YOUR NAME
“There is such tenderness to this film. I was overwhelmed by it”
5/5 – The Guardian

“It has been a very good year for love stories. First La La Land, then Moonlight, followed by The Big Sick and God’s Own Country. Now comes Call Me by Your Name. It is, arguably, the best of the lot of them”
5/5 – RTE

“It’s an incomparably lovely period romance, as warm and therapeutic as the sunlight that suffuses every frame”
5/5 – Telegraph

“What a wash of light. What a draft of colour. What dammed reservoirs of emotion. Luca Guadagnino’s sun-dappled romance just about deserves the extravagant praise that has been put its way since premiering at the Sundance Film Festival”
4/5 – Irish Times

“The film is a profound study of the different ways people, regardless of their sexual orientation, process complex physiological impulses”
Little White Lies

GRACE JONES BLOODLIGHT AND BAMI
“It’s a celebration of her musicality and extraterrestrial scariness, and a reminder that films about female singing stars need not be gallant tributes to tragically doomed fragility”
4/5 – The Guardian

“Bloodlight and Bami is a chance to bask in the reflected glory of pure theatricality and spectacle.  Proof, as if we needed it, that this is Grace Jones’ world; we just live in it”
4/5 – RTE

“If you didn’t love Grace Jones before, then you will after watching Grace Jones: Bloodlight And Bami”
4/5 – Daily Express