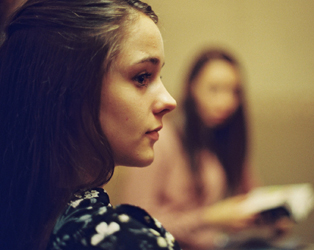 Three new films are opening on Friday the 27th of July, well one new title and a pair of stunning restorations.

Apostasy is the debut feature from Daniel Kokotajlo, it’s a family drama which explores the practises of Jehovah’s Witnesses from the perspective of a former member. Maurice stars a young Hugh Grant, James Wilby and Rupert Graves. Finally, The Nun from Jacques Rivette is back on the big screen in a new 4K digital print.

Read on for a selection of reviews and pop into the IFI to make up your own mind!

“Apostasy is a supremely intelligent and gripping drama”
4/5 – Guardian

“Apostasy is rare in its visceral and philosophical intensity”
Variety

“It is a piercingly well-observed and heartbreakingly sad drama, but above all, impressively restrained, even when the small, stressed family unit is struck by tragedy”
4/5 – The Times

MAURICE
“A triumph of the Merchant Ivory aesthetic. The cast are gorgeous. The passion is polite. The conclusion is a little surprising. Well worth reviving”
4/5 – Irish Times

“This elegant, heart-rending romance is now ripe for the reclaiming as a gay landmark”
4/5 – Times

“A sumptuous film, whose beauty and importance has only increased with age. The very definition of a must-see”
5/5 – HeyuGuys

“With compassion, humor and detachment, James Ivory’s superb film of E.M. Forster’s “Maurice” takes us into the complacent, fixed world of Britain’s privileged classes in the years immediately before World War I”
LA Times

“A beautiful, calm, austere movie that somehow manages to be remarkably faithful to the original, yet quite different in tone”
4/5 – New York Times