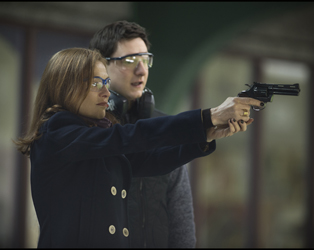 Review Round Up – Elle and Dancer

March 10th is here, and with it comes a duo of new releases that are sure to entertain you.

Check out our review round up for these films below and see them at the IFI from the 10th of March.

“Paul Verhoeven’s richest, most complex, and troubling film yet”
5/5 – Independent

“One of the most unique and uncompromising films you’re ever likely to see. Go see it.”
4.5/5 – entertainment.ie

“Dancer is filled with breathtaking, gravity-defying athleticism as the dancer Sergei Polunin leaps from a poor childhood in Ukraine to principal at the Royal Ballet in London”
4/5 – Times UK

Dancer and Elle are screening daily at the IFI.