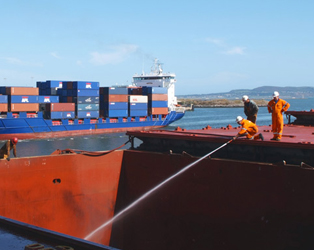 MOIRA SWEENEY ON KEEPERS OF THE PORT

Filmmaker Moira Sweeney reflects on her new film Keepers of the Port, which premieres at the Irish Film Institute on Saturday September 23rd at 15.00 as part of  port | river | city a project curated by aemi and Cliona Harmey. Click here for more information. 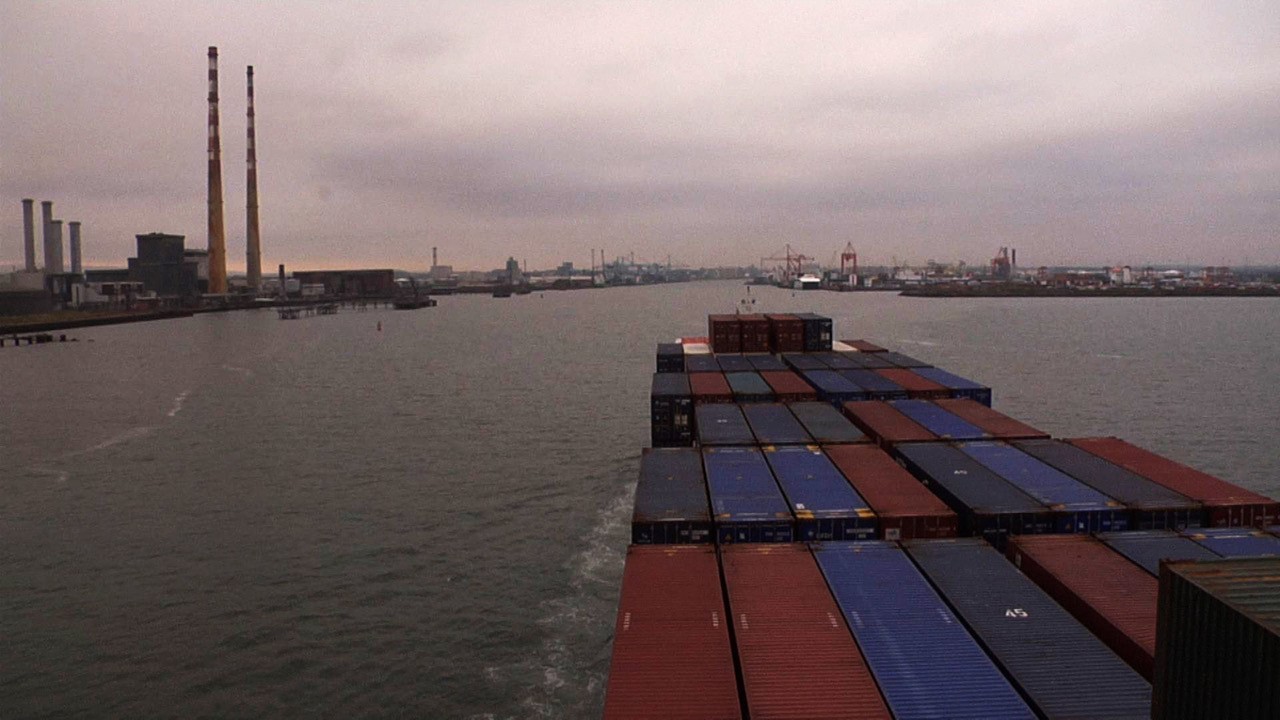 My first view of the Dublin docks was from the deck of an Irish Ferries passenger ship on which I had travelled the four-hour journey across the Irish Sea from Holyhead in Wales. For all the grace of Dublin Bay’s vistas, it was the short glide through the docks with their rubber tyre gantry crane-lined quays and moored ships, and the allure of the city to the bow that captured my imagination. This striking visual merging of port industry and urban life was amplified by the rugged harmonies of forklift warnings, creaking wood and metal, squeaking ropes and pulleys, and seagulls. Passing the industrial scape of oil and container terminals I saw a grittier reality of port life. Trucks and lorries rumbled past at speed, tucked out of sight beyond the beat of the city.

I further fell in love with the port after seeing old archive film from the 1950’s: cattle movement across the mouth of the River Liffey onto the docks; tweed-clad dockers loading and unloading timber and coal bulk cargo. These visceral workings of Dublin’s docks contrasted poignantly with the sealed containers of today’s docks which lined the quay walls and roads, no indication of what goods lay inside them. 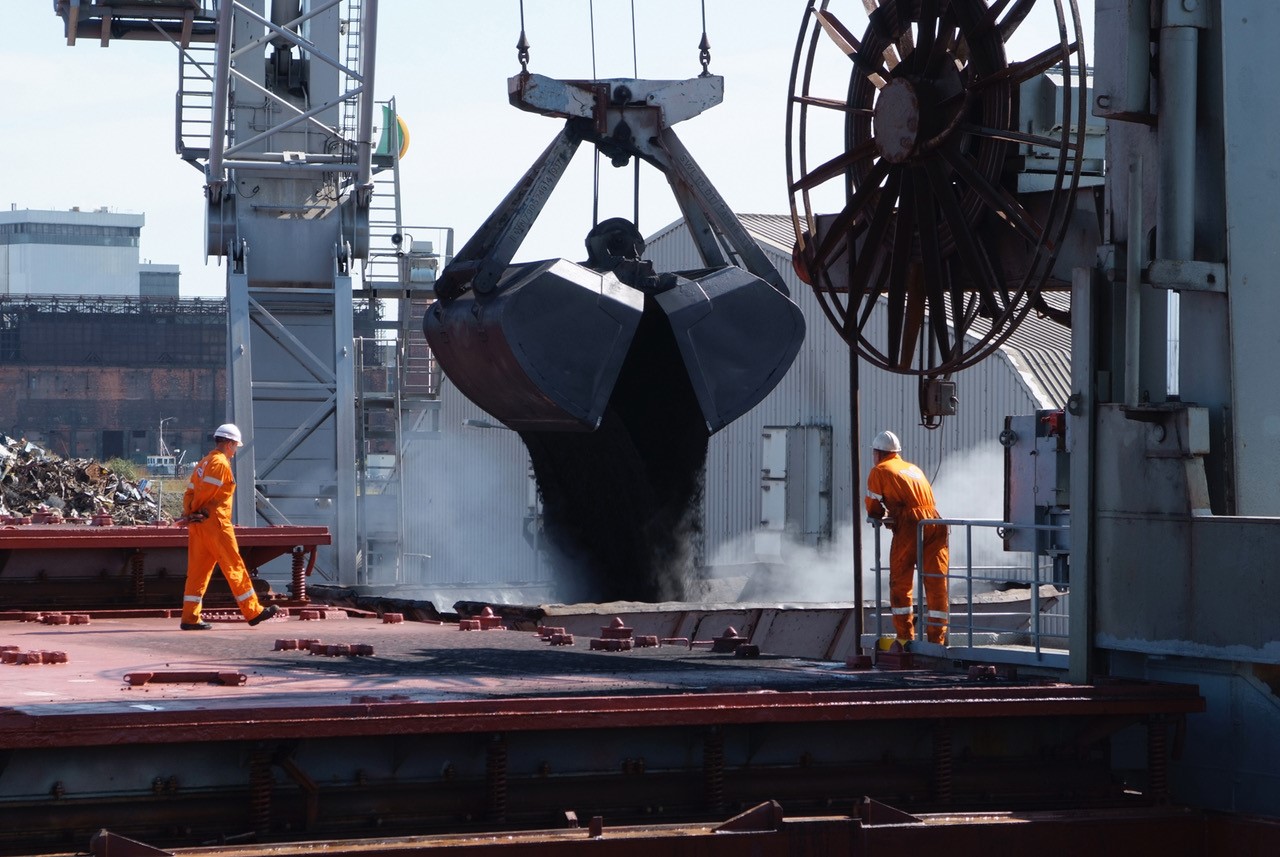 And so I wanted to make a film that moved beyond the scenic views and ventured deep into the heart of the port to capture a sense of the rhythms, grime and dust of dock work and what remained of a once more vibrant dock community. The desire in my filming was to create a sense of ‘being there’. I gradually built up a collage of imagery and accompanying mechanised sonic harmonies to capture the mechanical rhythms associated with the loading and unloading of the ships. I then began gathering the stories and memories of the keepers of the port; those who work here and those who have retired to form the Dublin Dockworkers Preservations Society. The film evolved then into the journey of a group of former dockworkers as they preserved their legacy, while daily life continued for the stevedores, boatmen, marine operatives and port managers who keep this gateway to the world open.

See the premiere of Keepers of the Port at the IFI on Saturday September 23rd at 15.00. Moira Sweeney will attend this screening.