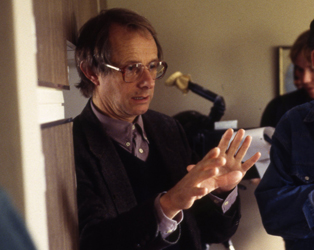 Soon after the May programme went to print, Ken Loach announced he had reconsidered his decision to give up fiction filmmaking. The scale of Jimmy’s Hall had been daunting, but he now thinks making more films with frequent collaborator Paul Laverty is a distinct possibility. That’s great news for fans of his work; as the second part of our retrospective illustrates, there are few filmmakers working today who have the courage and intelligence to take on vital issues as frequently, articulately and convincingly as he does.

From the early 1990s, Loach had become fantastically prolific, finding ways and means to get his films made with more frequency than he’d been allowed to previously. This selection of his work, starting with Land and Freedom from 1995, is characterised by his work with screenwriter Laverty; by films made in Scotland, Ireland and beyond, proving himself to be a true internationalist; by his continued social concerns and controversies that he never shies from; and by a telling, sincere sense of humour that belies those who would seek to dismiss him as simply a grim social realist.

THE ANGELS’ SHARE
The Angels’ Share will be this month’s Feast Your Eyes screening on June 23rd at 18:30 (where we show a gastronomic film and follow it with a main course in the IFI Café Bar). Tickets €20.

See more photos from Ken Loach’s visit to the IFI in our photo gallery on Facebook and listen back to the public interview with director, hosted by Sean Rocks of RTÉ Radio 1.

There have been reports that Ken Loach’s latest feature Jimmy’s Hall, filmed in Leitrim and Sligo and telling the story of Irish political activist Jimmy Gralton, will be his last. It will be a huge loss if that proves to be the case, as it’s hard to bring to mind a director who has been willing to take on issues of social injustice as consistently and courageously as Loach has in his work, while his lifelong commitment to challenging the political status quo has been characteristic of his films since he was directing television plays for the BBC in the mid-1960s. Controversy has also been a constant theme, yet the debate and fury he has provoked could never overshadow what a great filmmaker he is, and his pioneering work in television, documentary and fiction films has had a global influence.

The IFI is delighted to be presenting a two month celebration of Loach’s work, which features rare work, including the previously suppressed The Save the Children Fund Film (1969). We are also thrilled that the director will be at the IFI to talk about his work and career in a public interview on May 8th, 18.30.

For their assistance in mounting this retrospective, the IFI would like to thank the BFI, BBC, Save The Children, Element Pictures, Rebecca O’Brien and all at Sixteen Films.