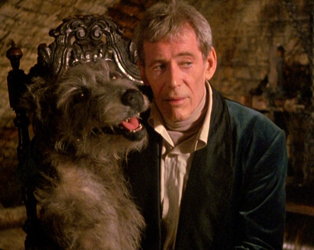 While devotees may have been delighted to see another Jodorowsky film appear so soon after Santa Sangre, The Rainbow Thief was met largely with bemusement on release, and remains a title about which the director himself is at best ambivalent, largely due to his experiences working with ‘stars’, particularly Peter O’Toole, who is here reunited with Lawrence of Arabia co-star Omar Sharif. When eccentric millionaire Rudolf Von Tannen (Christopher Lee) falls into a coma, his similarly idiosyncratic nephew Meleagre (O’Toole) moves to the sewers to await his inheritance. There he takes up with petty thief Dima (Sharif), who believes he will be due a share of what is to come. Although largely restrained on this production, the film nonetheless retains a definite Jodoroskowian flavour.