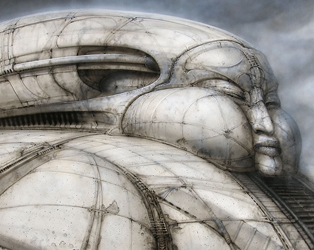 This film screened on the 5th of February 2020.

Frank Pavich’s fascinating and entertaining documentary serves as a fine introduction to Jodorowsky’s methods and interests, and recounts the tale of one of sci-fi cinema’s great what-ifs. Following the success of his first three features, Jodorowsky was set to adapt and direct Frank Herbert’s seminal 1965 novel Dune (subsequently filmed by David Lynch in 1984, with a new version from Denis Villeneuve coming later this year). To this end, he assembled a remarkable team to realise his vision, including Pink Floyd, H.R. Giger, Salvador Dalí, and Orson Welles. When a substantial part of the budget was spent in the pre-production process, resulting in a script for a 14-hour film and legendarily detailed storyboards and concept art, the project sadly began to fall apart.