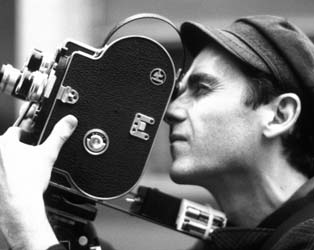 In a career spanning three decades, New York based filmmaker Jem Cohen has made dozens of films in various formats, building a strikingly original body of work that reflects the spirit of independent filmmaking in its original sense. These sometimes dreamily impressionistic, sometimes arrestingly gritty films defy conventional categorisation, and shift easily between narrative and documentary modes.

He may be best known for his collaborations on music videos, concert films and feature-length documentaries with a range of musicians including Fugazi, Patti Smith, the Ex, Jonathan Richman and REM. Equally powerful are his experimental films of urban landscapes, shot in various locations around the world but predominantly New York. Many of these films have the feel of scrapbooks or diaries, drawn from a personal archive of the hidden images and sounds of modern city life.

His latest film, Museum Hours, a feature-length narrative tale largely shot in Vienna’s magnificent Kunsthistorisches Art Museum, marks another career highpoint, and will also be screened as part of the festival.

We are delighted that Jem Cohen will take part in a Q&A via Skype following the screening of Museum Hours on February 23rd (17.00).