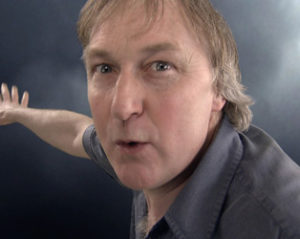 WHAT AM I DOING HERE?

This offbeat documentary follows actor, writer and political activist Donal O’Kelly as he takes to the road with his new play Vive La.  Initial enthusiasm wanes as the show receives lacklustre reviews, and, with no budget for publicity, audiences are poor. As he heads home, somewhat bruised, he turns to camera to reflect with humour on his life’s journey and to mull over the purpose of art in society before bouncing back some months later with his dreams reignited and a European tour on the horizon. This intimate portrait is infused with the warmth of the relationship between the observer and the observed.

An impressionistic essay film on Berlin during the transition to unification after the fall of the Berlin Wall, combining animation of Mick Cullen paintings, live action and music of Raymond Deane, with sound by Jane Gogan.