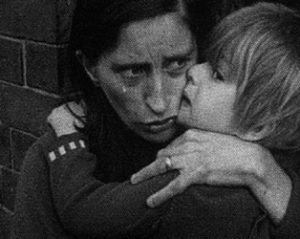 In Hoodwinked, McAdam reclaimed Irish women from generations of obscurity. She reveals the significant role of women in Ireland’s battle for independence, the Mother and Child Scheme, feminism and the sexual revolution, Northern Ireland and Civil Rights, reproductive rights, and the invasion of the Forty Foot.

A lively selection of archive illustrates the experience of private and public figures, including Alice Glenn, Sinead O’Connor, Leland Bardwell, Catríona Crowe and Mary O’Rourke.  From its 1990s vantage point, the film considers the future of women in Irish society.

LIU XIAOBO: NO ENEMIES NO HATRED

This visualisation of a statement by Chinese writer and human rights activist Liu Xiaobo was made to raise awareness of his plight and that of his wife, Liu Xia.

A POEM TO LIU XIA