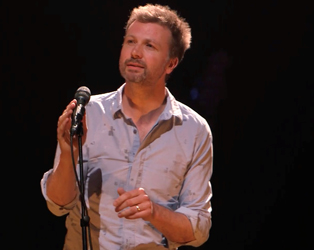 This screening was followed by Q&A.

The film illustrates the songs, airs and words from Starboard Home in an impressionistic journey from the source of the River Liffey, deep into the heart of the docks. The music, which ranges from electronic minimalism to folk and rock, is performed by key artists in contemporary Irish music, including BellX1’s Paul Noonan (who curated and produced the album with Gary Sheehan of the NCH), John Sheahan, Lisa O Neil, Cathy Davey, Colm Mac Con Iomaire, Paul Cleary, Duke Special and Gemma Hayes. Director Moira Sweeney has created an aural and visual delight and has captured the often hidden mysteries, stories and histories of the city’s port.

The Starboard Home song cycle was commissioned by Dublin Port to celebrate 2016.