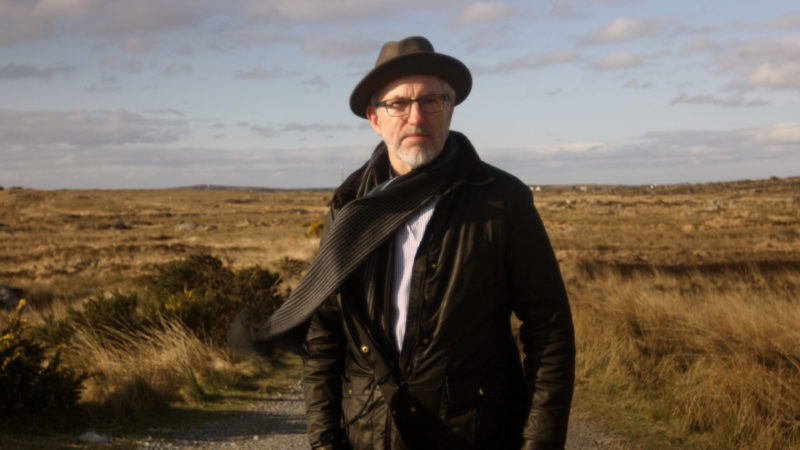 January 11th 2018: The Irish Film Institute, in collaboration with Tradfest 2018, is delighted to welcome actor and traditional music enthusiast Stephen Rea to introduce the premiere screening of Paddy Hayes’ new documentary Noel Hill: Aisling Ghéar on Saturday, January 27th. The screening will be followed by a Q&A with director Paddy Hayes and musician Noel Hill.

The film is a searing portrait of one of Ireland’s most renowned traditional musicians, concertina player Noel Hill, as he recovers from a serious assault that left him a battered shadow of his former self.

Noel Hill’s dream of a new life with his young family in Connemara was shattered when he was brutally assaulted in a local pub by a builder with whom he had been in dispute. The physical damage to his face required ten hours of corrective surgery while the psychological damage robbed him of his ability to play music and blighted him with ongoing flashbacks and post-traumatic stress disorder.

Paddy Hayes’ documentary follows Noel’s recovery and reflects on the redemptive power of music. The film was made with the support of TG4 and the BAI.

Also screening at the IFI as part of Tradfest 2018 is a 1971 film produced by Paddy Hayes’ father, Tom, and directed by renowned Greek filmmaker Robert Manthoulis. The documentary The Irish or the Memory of a People explores Irish people’s relationship with traditional music and includes a rare interview with Seán Ó Riada shortly before he died, alongside lively performances from Willie Clancy, Mrs O’Tuama, The Dubliners, Ceoltóirí Laighean and Tony MacMahon, and Christy Moore and Planxty. The documentary will screen as part of the IFI’s free Archive at Lunchtime strand – find out more here.

For more information including interview availability please contact Michelle McDonagh at the IFI Press Office on 01-6795744 or mmcdonagh@irishfilm.ie.

For more information on Tradfest, please contact Claudine Murray at claudine@templebarcompany.com or 01-9602300.