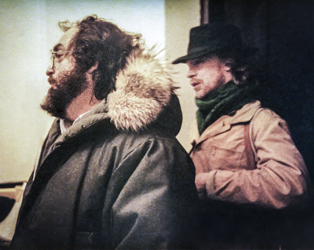 This film was released 18th May 2018, and is no longer screening.

In 1975, Leon Vitali was on the crest of a wave, moving from TV fame to a high profile part in Barry Lyndon, the sumptuously-shot period drama partly made in Ireland by master filmmaker Stanley Kubrick. He then abandoned it all to become Kubrick’s right-hand man, a tireless cog in the movie-making-machine and painstaking caretaker of the celluloid left behind.

Vitali makes for an absorbing subject in Tony Zierra’s intimate documentary, which delves into the true passion for film behind Kubrick’s tyrannical public persona. Through photos, behind the scenes video and more, we get a glimpse at the mania required to keep Kubrick’s life in order, and the toll it takes on a filmworker.