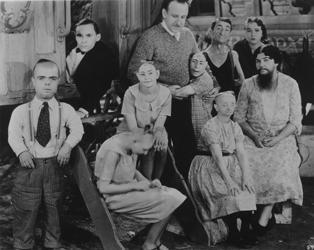 The term film maudit, the ‘cursed film’, has its origins in a 1949 festival curated by, amongst others, Jean Cocteau, André Bazin, Robert Bresson, René Clément, and Henri Langlois. The purpose of the festival was to celebrate films that had been unfairly maligned or overlooked on their original release, and included films such as Jean Vigo’s L’Atalante, Luchino Visconti’s Ossessione, and Jacques Tati’s Jour de fête, all of which have now achieved the status of canon.

In the years since, the term has come to be used in a much broader sense, often applied more to films which have suffered a troubled production history, regardless of their eventual merit, films of such wide-ranging reception and critical and commercial success as Dennis Hopper’s The Last Movie or Francis Ford Coppola’s Apocalypse Now. Since the 1949 festival, films such as Michael Powell’s Peeping Tom, Martin Scorsese’s New York, New York, and, regularly championed by the IFI in the past, Leonard Kastle’s The Honeymoon Killers and Ivan Passer’s Cutter’s Way, may be termed films maudits according to the term’s original definition.

In this spirit of reappraisal and curiosity, we invite audiences to attend these screenings, and to consider which contemporary films, currently dismissed, may in the future play to rapt audiences unable to understand how their greatness was not immediately appreciated.