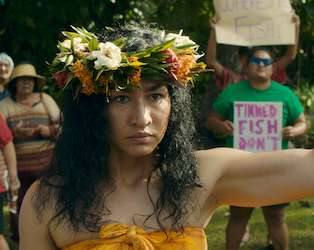 Vai is a gorgeous and moving portmanteau feature film made by nine female Pacific filmmakers, filmed in seven different Pacific countries: Fiji, Tonga, Solomon Islands, Kuki Airani (Cook Islands), Samoa, Niue and Āotearoa (New Zealand). It tracks the journey of empowerment through culture in eight separate moments that take place over the lifetime of one woman, Vai, played by a different indigenous actress in each of the Pacific countries. In each of these Pacific nations, ‘vai’ means water.