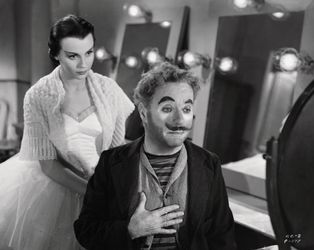 Limelight was put before the public at a difficult period in Chaplin’s life as his personal affairs and political affiliations came under increasing scrutiny. As a result, it would be his last American film (his final two features would be made in England). Set in 1914, Chaplin plays Calvero, once a famous music hall clown, now a drunk seeing his career come to an ignominious end. When he saves a young dancer, Terry (Claire Bloom), from a suicide attempt, the two help each other find faith in themselves again. However, while Terry becomes a success, Calvero’s efforts meet with predictable failure until she helps him to a final, best chance. Obviously an extremely personal film for Chaplin, it contains many pleasures, not least of which is the appearance of fellow silent icon Buster Keaton, marking the only time these two comic geniuses appeared on screen together.