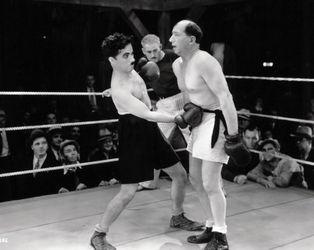 The advent of sound presented something of a predicament for Chaplin in that he was wary of giving the beloved Tramp a voice; his solution was simply to ignore the new development and to continue with the project as initially conceived, as a silent feature. Chaplin’s demands for perfection led to a massively protracted shoot during which actors were fired and rehired. Despite his concerns, City Lights represented another significant artistic triumph. The Tramp falls in love with a blind flower girl, who has mistaken him for a wealthy man. His intermittent friendship with an actual millionaire puts him in a position to help pay for an operation to restore her sight. Typically, the course of love does not run smooth in a film Orson Welles claimed to be his favourite.