Based on Liam O’Flaherty’s popular novel, this gripping thriller is set amongst a group of revolutionaries in the newly independent Ireland of 1922. This tale of temptation, betrayal and reprisal, set in post-Civil War Dublin, focuses on IRA man Gypo Nolan (Lars Hanson), his friend Frankie MacPhilipps (Carl Harbord) and the object of their affection, Katie Fox (Lya de Putti). Newly restored by the BFI National Archive, with a new score from acclaimed violist/composer Garth Knox, The Informer is one of the finest British films of the 1920s and provides an interesting counterpoint to John Ford’s later adaptation and to indigenous productions about the period. 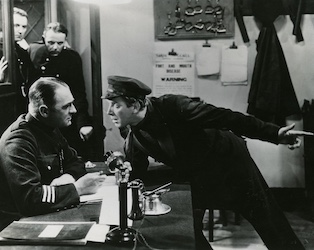