Against the backdrop of the War of Independence, an RIC officer and a British army major are rivals for the love of a woman whose brother, unbeknownst to her, is an IRA leader. This impressively complex drama presents the doomed Anglo-Irish IRA leader as a chivalrous idealist while his sister is caught up in a tragic conflict between honourable combatants. Denis Johnston (Guests of the Nation) reputedly worked with Brian Desmond Hurst on the script before personal differences drove them apart. Denounced in Dublin as pro-British and in Northern Ireland as pro-Sinn Féin, the film was banned by the Northern Ireland government, despite appeals from Belfast-born Hurst and from local exhibitors. 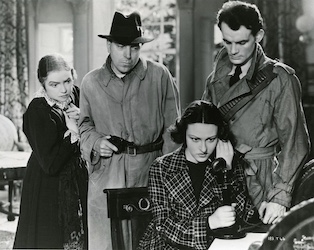