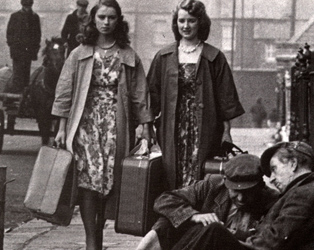 The IFI & One City One Book present a trilogy of films directed by Desmond Davis with screenplays by Edna O’Brien throughout April 2019.

These films represent successful adaptations of O’Brien’s acclaimed The Country Girls Trilogy, which has been chosen as the Dublin One City One Book for 2019. The Country Girls was published in 1960 and begins the story of young Irish girls Cait and Baba who grew up together and set out on the grand adventure of moving to Dublin where they begin to find their own way.

The Lonely Girl continued the story in 1962 as Cait (now Kate) begins to explore big city life and dates an American man. Girls in Their Married Bliss followed in 1964 with Kate and Baba now married and living in London as their lives grow ever more complicated.

O’Brien worked on the screenplays for three adaptations of her work, which were directed by Clash of the Titans helmer Desmond Davis. The first: Girl With Green Eyes arrived in 1964 with I Was Happy Here following in 1966. It wasn’t until 1983 that the final adaptation, this time of The Country Girls, was released – notably featuring a young Sam Neill as Mr. Gentleman.

A special One City One Book edition of The Country Girls trilogy is available now at the IFI Shop.