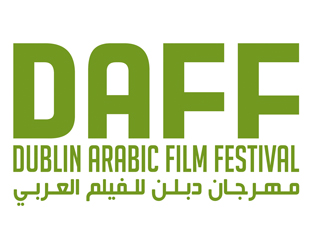 We are delighted to once again work with the Irish Film Institute for our sixth edition of the festival, showcasing the latest in Arab film culture, supported by our presenting partner Dubai Duty Free. The filmmaking of the Arab speaking world is remarkably rich and steeped in history, and the films chosen for this year’s festival are representative of the best current Arabic cinema has to offer.

Celebrating the work of women filmmakers continues to be a priority of the Dublin Arabic Film Festival, and this year there are two films that can be awarded the IFI’s F-Rating, including the The Day I Lost My Shadow, a moving depiction of a Syrian woman’s struggle to care for her young son during the war, and The Poetess, a gripping and inspirational documentary about the first women ever to make it to the final of a Saudi TV poetry competition.

Elsewhere in the programme we have two stories that focus on the Palestinian experience in very different ways; our opening film –  the award-winning drama – The Reports on Sarah and Saleem, and The Tower, an acclaimed film for younger viewers. And last but not least, Burnout explores contemporary Moroccan society via the interconnected fates of three very different characters in Casablanca.

We look forward to seeing you at the Irish Film Institute over the weekend for the Dublin Arabic Film Festival.