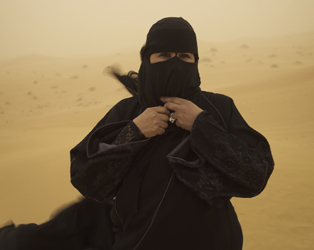 Saudi poetess Hissa Hilal made headlines around the world as the first woman to ever make it to the final of “Million’s Poet”, an Abu-Dhabi based multi-million dollar reality television show. It is the Arab world’s biggest poetry competition, and is dominated by men. In her poems Hissa criticizes the patriarchal Arab society and she attacks one of the most notorious Saudi clerics for his extremist fatwas, live, in front of 75 million viewers. The Poetess tells the story of a woman who grabs the opportunity to speak up against religious extremism and stand up for a peaceful Islam.

Screening as part of the Dublin Arabic Film Festival 2019 October 4th to 6th.