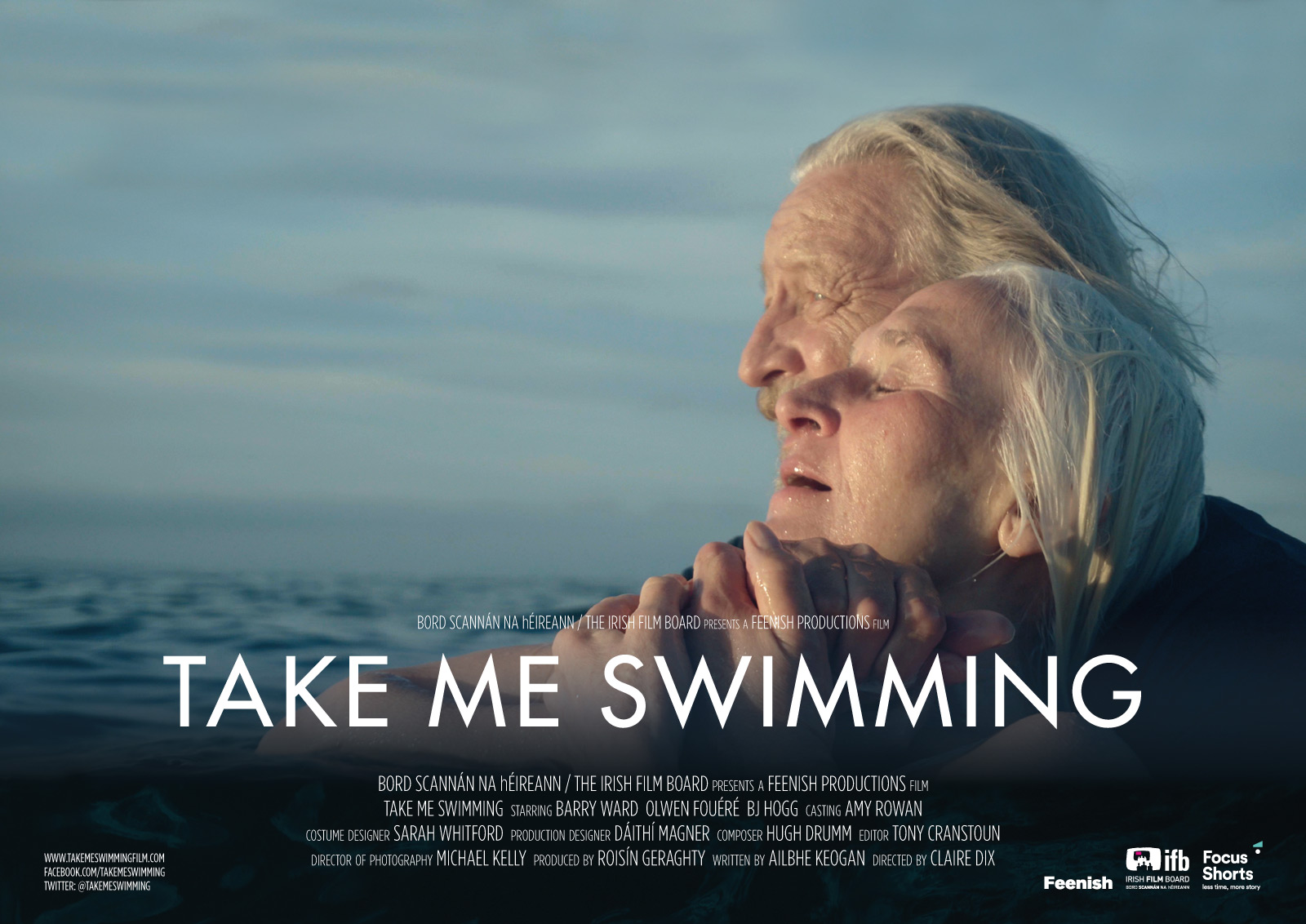 Claire Dix on Take Me Swimming

On Tuesday August 28th 2018, the IFI continues its focus on short-form cinema with Brief Encounters: New Irish Fiction. This programme includes some of the best narrative fiction made in recent years, with six short films in all.

One of the titles is Take Me Swimming, the latest project from award-winning filmmaker Claire Dix (Broken Song). It’s a film which examines the complex relationship between a mother and son, featuring a powerful performance from Olwen Fouéré.

Here, Dix talks about how the story came together and her own approach to the material.

Q. What was the genesis of this story and the driving force behind you realising it as a film?

The idea and the impetus to write Take Me Swimming came from a very personal place for Ailbhe Keogan. Her own mother had passed not long before she started writing it and Alzeimer’s was a disease that had also touched her extended family. Death and the shifting roles in families as we age, was something we were both interested in exploring and so this script came from a place of transition and questioning. It was important to both of us that we make a compassionate film. “Write like a human” is my favourite Ailbhe quote and equally I wanted to make a very earthy, natural film. So although this story is about death and dying it’s also surrounded by the reality of life, by real, ordinary moments and also by scenes of humour, friendship and love.

Q. In terms of your own directorial style, can you elaborate on how you worked with the actors in this film?

We all spoke regularly on the run up to the film mainly in general about each role. I had most contact with Barry (Ward who plays Thady) as he’s in every scene and it’s Thady’s film really. Barry was incredible to work with and couldn’t have been more involved in the creation of his role. Olwen and I had spoken about Alzeimer’s beforehand and discussed how Eileen would most likely behave in each scene and also what might be going on in her mind. This was at times an upsetting part of the research but necessary.

We were all in different countries during pre-production so it wasn’t until we all got down to Kerry, before the shoot, that everyone got together and we could rehearse. A couple of days before filming we all sat on the beach and spoke about family and family roles. This was important to me that we all got to know each other and were comfortable together. Barry, Olwen and BJ were playing a close family and although they as actors probably didn’t even need to do this I think maybe I needed to do it for myself, almost to see my on-screen family together. All these actors were so accomplished that I felt that I was learning from them to be honest. Each one of them brought a huge amount of prep and dedication to their own role.

Q. Is there any advice you could give to young filmmakers or people who wish to embark on a career in filmmaking?

I could probably do with more advice myself but what I say to the undergrads who I teach is – your voice is valid no matter who you are or where you come from, so be yourself in your work. Try not to take criticism too personally but be prepared to fail and to make films that don’t live up to your initial vision. Failing is all part of it, just make sure you learn from what went wrong and make another film fast! I think you have to learn as you go so start making films and you’ll find your way.

Take Me Swimming screens as part of our Brief Encounters programme on August 28th 2018 at 18.30.