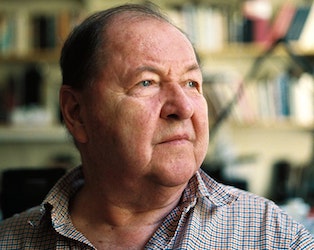 This honest and touching documentary follows Roy Andersson through the three years of making his latest, and final, film, About Endlessness. Andersson comes across as a benevolent, avuncular figure, beloved by his team of creative collaborators. However, as filming progresses, some of the usual preoccupations of his films – existential dread, death and what comes after – begin to loom larger in his own life as he ages into his late seventies. As a result, Andersson comes to rely more on alcohol, resulting in a trip to rehab in an effort to get filming back on track. Despite allowing the documentarians seemingly unrestricted access to such a personal and vulnerable time in his life, there are other areas of the director’s life that receive scant attention. However, what is on screen is an entertaining and insightful portrait of the artist, whose love of art and belief in its importance, as well as his love of people, shines through in a valuable appendix to this season of his work.