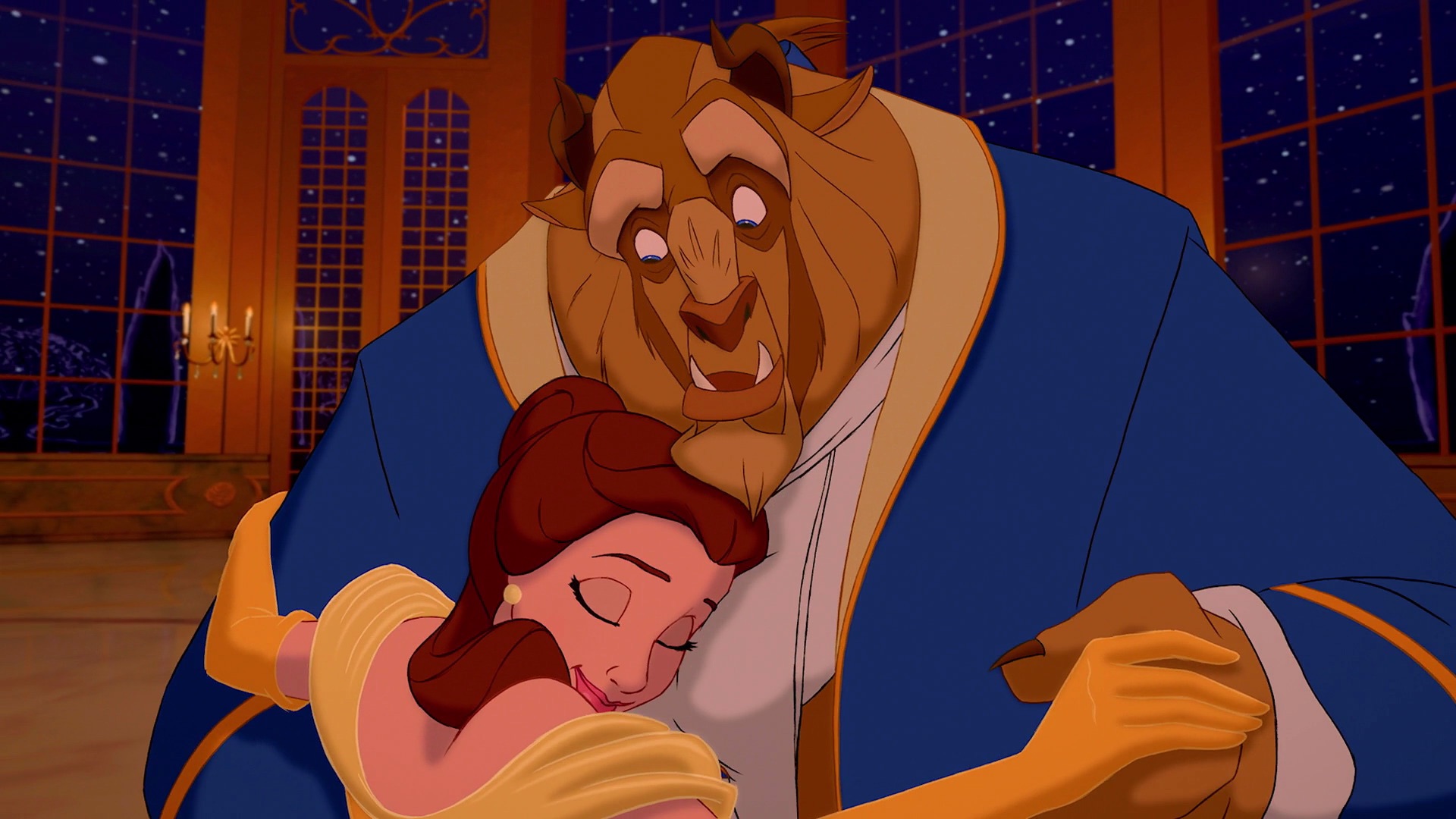 Beauty and the Beast – My Favourite Disney Film

The Walt Disney Company has been around since the early 20th Century and produced its first feature (and the first ever cel-animated feature film) in 1937. With the release of Snow White and the Seven Dwarfs, an entertainment titan was born.

Since then, dozens of movies have been released under the main banner, as well as those from Pixar and DisneyToons. It’s an incredible cinematic output, moving with the style and mores of when they were produced and going through troughs and furrows of popular and critical praise.

After several years of less successful releases in the wake of the deaths of Walt and Roy Disney, the company was in trouble, especially once acclaimed animator Don Bluth left to form his own animation house. Titles like The Secret of NIMH and the double threat of An American Tail and The Last Before Time started to take a serious toll on Disney’s box office returns.

Then, in the late 80s the team went back to ideas which had been percolating since the 1930s for The Little Mermaid and the Disney Renaissance was born.

10 films were released in as many years, focussing on Broadway style musical numbers and filmmaking with a renewed energy and pace. And this decade produced some notable features, including Aladdin, The Lion King, Pocahontas and The Hunchback of Notre Dame. But the crowning achievement remains 1991’s Beauty and the Beast.

Not only was Gary Trousdale and Kirk Wise’s film a massive box office success during Christmas 1991 but it was also the first animated film to be nominated for the Best Picture Oscar, paving the way for later nominees Up and Toy Story 3.

It also just so happens to be my favourite Disney film of all time.

As a youngster of 9 when the film finally released in Ireland in late 1992, I was the perfect age for the cultural explosion which came along with Beauty and the Beast. This was one of the films that was everywhere, with tie-in toys at fast-food restaurants and glossy posters.

Yes The Little Mermaid came first but it was this tale as old as time which really grabbed my attention. There was something special about the classic style of the animation and the soaring symphonies of the songs from composer Alan Menken and lyricist Howard Ashman.

This mesmerising mix was further enhanced to my eyes by the addition of then ground-breaking computer generated elements. While Disney had worked with CG elements before, in this case they turned to a fledgling outfit called Pixar to help them create the tools needed to do something very special in the ballroom sequence.

The moment on screen was quite simply a revelation, adding a smoothly roving camera to Belle and Beasts first dance to bring an extra layer of big screen cinematic dynamism to the scene. The technology soon became ubiquitous and Disney used CG to very impressive effect just three years later during the stampede sequence in The Lion King but the confidence of their early foray in Beauty and the Beast remains glorious to this day

It’s just a charming tale from start to finish, with a constant stream of likeable characters, mysterious curses and enchanted cutlery. Apart from those show stopping songs the structure hews closely to the tale first written down in the 1700s, with some additions liberally borrowed from Jean Cocteau’s magical 1946 version.

In the wake of the success of Cinderella and The Jungle book remakes, Disney has seen fit to produce another take on Beauty and the Beast which is set to arrive in cinemas in mid-March. Remakes are nothing new and the starry cast including Emma Watson, Luke Evans and Dan Stevens will certainly draw in a crowd. Happily another version of a film doesn’t take anything away from the original, which remains an undimmed classic of the animation world.

And more than 25 years after it first arrived in cinemas, we’re bringing the 1991 version of Beauty and the Beast back. It screens on Sunday the 26th of February as part of IFI Family, with a special ticket price and group rates. Find out more over here.