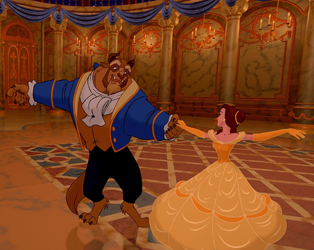 From the original French fairytale, the story of Belle and the Beast has inspired other stories, a ballet theatre and films. With the forthcoming release of the live-action adaptation, we take a look at the hit animation from Walt Disney, released twenty-six years ago.The film was a hit, and marked the start of the Disney revival, bringing great show tunes together with classic animation, new characters, and a lot of fun. There’s a haunted castle, deep dark woods, a talking clock, candlestick and teapot (voiced by Angela Lansbury) as well as the beautiful Belle and the roaring, hairy Beast who can only be released from his spell by true-love’s kiss. (Notes by Alicia McGivern)