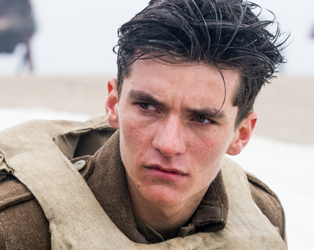 The Irish Film Institute is incredibly proud to be the only cinema in Ireland with a working 70mm projector.

In a day and age when film projection has increasingly shuffled off in favour of digital cinema options, even the chance to catch a film on 35mm is a rare and special thing. 70mm quite simply offers up film double the size of that previously standard format – offering more detail in each and every frame of the presentation.

July is a landmark month for the IFI, with two titles being presented on 70mm. The first is Philip Kaufman’s The Right Stuff on the 15th of July. This film was originally shot on 35mm and the 70mm print is a ‘blow-up’ used for exhibition in the 80s. It provides impressive image quality and, just as importantly, extra room for a six track audio mix – the film won two Oscars for its Sound in 1984 so we can’t wait to hear it.

The second release is even more exciting – Christopher Nolan’s Dunkirk. This is because Nolan is a film fanatic who insisted on shooting the entire production on celluloid, pretty much unheard of in modern times. Not only that but the British director of films like The Dark Knight and Interstellar had the clout to convince studio Warner Bros. to allow him to use on an extra large format – in this case a combination of IMAX 65mm and regular 65mm film stock.

This means Dunkirk is that truly rare beast; a new film shot using large format stock which is also getting released in that same format. If you’re wondering what the difference is between 65mm and 70mm, the larger number is the finished film reel once the audio track has been added. And you’ll hear the difference when we get Dunkirk running in Cinema 1 at the IFI from July 21st.

But first, the film has to be actually made up. While delivery of digital cinema is fairly easy, essentially amounting to a large capacity hard-drive from which the data is loaded onto our server, film is a very different proposition.

It all begins with the reels themselves being delivered in actual film cans. In the case of Dunkirk, that amounted to 5 reels and 109 minutes – it’s the shortest film Nolan has made since his first ever feature Following, released in 1998.

The reels have to be assembled so that they can run uninterrupted for the full feature length. And there are further complications down to the way the soundtrack is delivered – as a separate disk which has to be ingested and encoded.

Here’s a breakdown of the steps which our Projectionist Paul Markey had to go through to get Dunkirk ready for your eyeballs.

1.  Ingest the soundtrack (literally everything audio, music, dialog effects) from the DataSat (DTS) discs into the hard drive of the processor.  The film stock has a digital code along its edges which syncs up the film to the sound scape.

2. Prepare a long leader on a metal collar on which all the reels will be attached.  The leader allows us the lace up the projector and line up the image without having to touch the film stock itself.

3. Physically arrange the film cans in order before opening them up.  Keeps the process streamlined and reduces the chance of error. 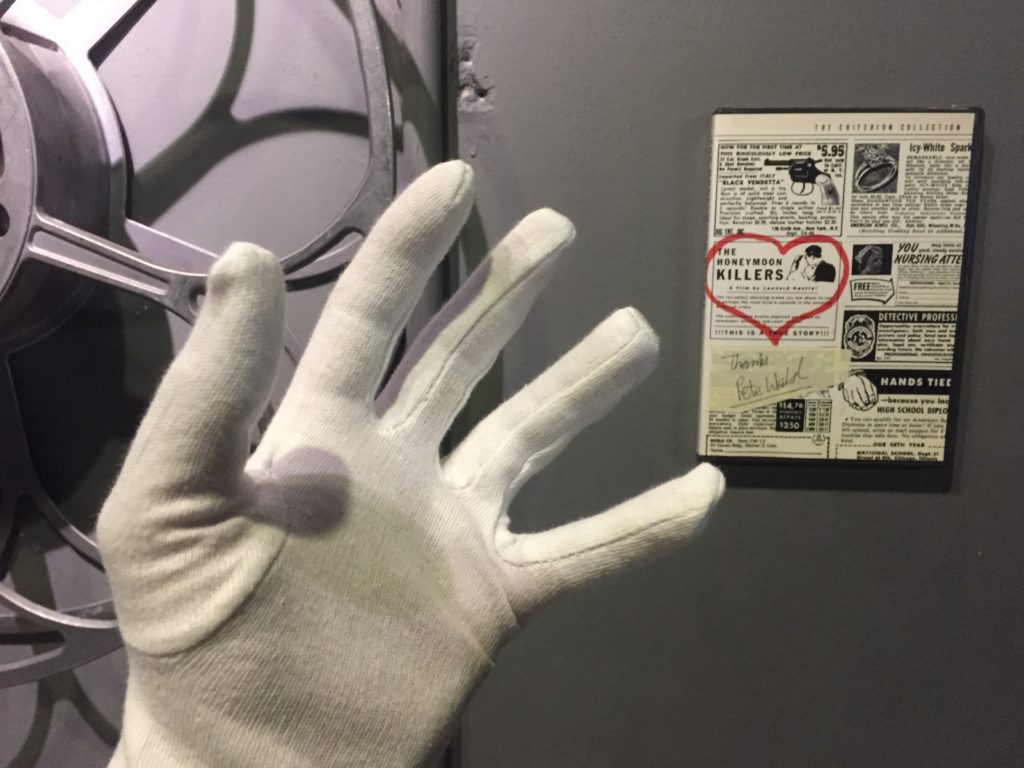 5. Every reel has a START and an END leader, like those 10, 9, 8, 7, 6… countdowns.  I keep the START leader on reel one as an extra bumper and splice it to the long booth leader I prepared on the collar. Then TRIPLE check all the rollers! Extremely important! So as the image or soundtrack won’t be damaged when I start the make up machine.  Now, ready for ignition.

6. The machine plates that first reel onto the projector ‘cake stand’ (so named as it resembles one).  The plating can run on pretty fast, but I kept it at a very lower gear for this print.

8. This process is repeated for all the reels (in this case five) until the print is a whole.

After that exhaustive process, the film is tested extensively to ensure every aspect of the projection is perfect for opening night. Polyester film prints tend to build up static as they run, which can – barring an hermetically sealed projection booth – attract dust from the air over time. We have cleaning procedures in place and will be doing our utmost to maintain the image throughout the run of the picture.

You’ll be able to see the results at the IFI from July 21st, and when you see those ending titles coming up, spare a thought for the work which goes into putting Christopher Nolan’s latest masterwork together for the ultimate big screen presentation!

Dunkirk is showing at the IFI exclusively in 70mm from Friday July 21st. Book your tickets here.