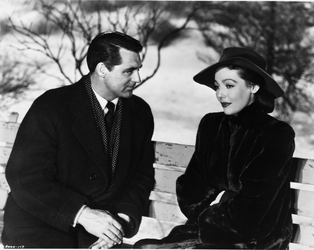 REVIEW ROUND UP: FANNY AND ALEXANDER, IT’S A WONDERFUL LIFE, LOST HIGHWAY 4K & THE BISHOP’S WIFE

This week’s titles at the Irish Film Institute from Friday, 16th December 2022 include Fanny and Alexander, It’s a Wonderful Life, Lost Highway 4K  and The Bishop’s Wife. Read on for a selection of reviews or pop in to make up your own mind!

“In a three-hour, 40th anniversary rerelease, this Swedish family saga unfolds with emotional power, wonder and brilliant acting.” 5/5 – The Guardian

“A crisis in housing, a racist ruling class and a struggle against a hideous ego-plutocrat who names everything after himself – this 1946 classic still resonates.” 5/5 – The Guardian

“Doing press for Lost Highway in Europe, everyone was, like: “Wow, this is great.” But everyone in the States was, like: “Can you explain it to me?” It’s easier to embrace now. The world has gotten more like the film: fractured. Maybe this reality Fred participated in is what we’re living in now.” – The Guardian

“You could hardly imagine a better example of the Hollywood machine in fluid, engaging action. Based on a novella by Robert Nathan, the script touches on all the wholesome tropes of the Christmas movie without dipping too deeply into schmaltz.” 4/5 – The Irish Times