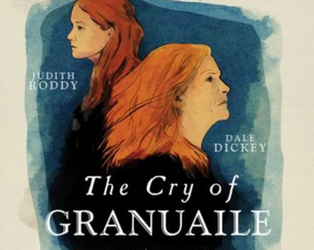 REVIEW ROUNDUP: THE CRY OF GRANUAILE, THE FORGIVEN

This week’s new titles at the Irish Film Institute from Friday, 2nd September  2022 include The Cry of Granuaile and The Forgiven. Read on for a selection of reviews or pop in to make up your own mind!

THE CRY OF GRANUAILE

“An entirely unique addition to the burgeoning Grace O’Malley canon.” 4/5 – The Irish Times

“Anchored by a formidable lead performance from Ralph Fiennes as an acid-tongued, high-functioning alcoholic, this slow-burning morality tale cranks up tension as grief collides head-on with guilt and a nervous quest for atonement seems destined to end in abject failure.” 6.5/10 – The Herald

“Complex tale of crime, punishment and guilt.” – The Financial Times

“Ralph Fiennes and Jessica Chastain excel as a super-wealthy married couple squabbling their way out of Tangiers in this daringly dark drama/thriller.” 4/5 – Metro

“Starring Ralph Fiennes and Jessica Chastain, this film has been both critically admired and rounded on as a repellent display of toxic white privilege.” – The Newstatesman