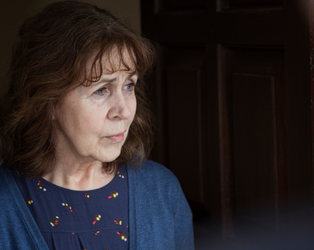 This week’s new titles at the Irish Film Institute from Friday, 16th September  2022 include Funny Pages and Róise & Frank. Read on for a selection of reviews or pop in to make up your own mind!

“Scabrous and sad comedy of comic-book obsession” – The Financial Times

“A heartwarming tale of shaggy dogs, a grieving widow, and a lonely young boy, Róise & Frank holds all the ingredients for a tearjerking denouement with not a dry eye in the house guaranteed at the closing credits.” – Film Ireland

“A shaggy dog story with real heart. Comedic but emotionally true study of bereavement and its effects.” 4/5 – The Irish Times

“Together, Duris and Mackey have a corset-twanging chemistry.” 3/5 – The Guardian

WHERE IS ANNE FRANK

“The story of Anne Frank and her diary is retold in this fervent, heartfelt and visually wonderful animated film” 4/5 – The Guardian

“An inventive animation from Ari Folman” 4/5 – The Irish Examiner

“Refugees are being denied sanctuary yet Anne is deified, something Folman uses to make blunt but effective points about the lessons of her young life being forgotten by an adult world too concerned with her value as a tourist attraction” 4/4 – The Scotsman

“It uses a device that might have come from a Disney film – Kitty, the imaginary friend to whom Anne addressed her diary, comes to life in contemporary Amsterdam and tries to find her – but it tells a decidedly un-Disney story, albeit in a way that is suitable for children, and it is being shown in both English and Hebrew versions” – The Jerusalem Post