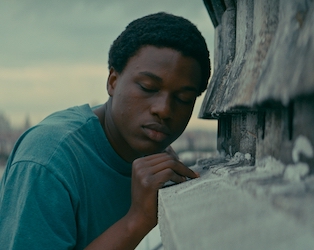 REVIEW ROUNDUP – GAGARINE AND OLIVER SACKS: HIS OWN LIFE

This week’s new releases at the Irish Film Institute on Friday October 1st 2021 are Gagarine and Oliver Sacks: His Own Life.

“This mesmerising debut about a teenager looking to fix up his Paris estate passes up the usual angry social-realism in favour of something more celestial.”
4/5 – Guardian

“Liatard and Trouilh craft an imaginative debut feature from the rubble.”
4/5 – The Irish Times

“Bathily brings a gentle physicality and quiet enthusiasm to the role, in a performance that grows in depth as the film becomes more melancholy and fantastical.”
4/5 – Empire

OLIVER SACKS: HIS OWN LIFE

“This remains one of the year’s most gripping documentaries. The story is extraordinary.”
4/5 – The Irish Times

“It doesn’t flinch from the darkness of Sacks’s childhood or from the insecurities that dogged him though his life. And yet it is still a celebration.”
4/5 – The Telegraph

“What a man. Just writing this makes me want to watch the documentary all over again.”
4/5 – Guardian