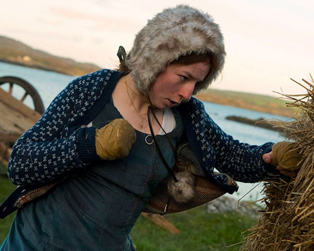 With the St Patrick’s Day festivities fast approaching, IFI International will this March work with film festivals across the globe to present 49 films at 26 festivals celebrating new and classic Irish work. Irish filmmakers will have a presence at many of the 118 screenings with director Lenny Abrahamson, documentarian Sé Merry Doyle, and actors Hazel Doupe, Moe Dunford and Hugh O’Conor among the talent travelling to 25 cities in Europe and beyond.

Speaking about this year’s extensive programme, IFI Head of Irish Film Programming Sunniva O’Flynn said, ‘We have braced ourselves for the March onslaught and the annual greening of the globe which this year sees an impressive volume of activity with our perennial partners and a number of new Hiberno-curious exhibitors. Thanks to the trojan work of IFI colleagues Eleanor Melinn and Dean Kavanagh, many, many thousands of people around the world will be introduced to Irish culture and the best of Irish cinema over the coming weeks.’

The 7th edition of the Belgrade Irish Festival will open on March 9th and will include a comprehensive selection of screenings including The Little Stranger, with director Lenny Abrahamson in attendance, Frank Berry’s Michael Inside, Nora Twomey’s The Breadwinner, Lance Daly’s Black 47, Marcus Robinson’s An Engineer Imagines and three documentaries from Sé Merry Doyle: Dreaming of the Quiet Man, Jimmy Murakami: Non Alien and Patrick Kavanagh: No Man’s Fool; Sé Merry Doyle will also travel to the festival to present the screenings.

Elsewhere in Europe, FGM documentary Jaha’s Promise will screen in Tirana, The 34th: The Story of Marriage Equality will show in Nicosia, The Breadwinner will visit Zagreb and the Sarajevo Irish Festival, Metal Heart will take a bow at the St Patrick’s Film Festival in Luxembourg, while the Irish Film Festa in Rome will serve up a tasty menu of Irish cinematic treats from March 27-31.

North America remains a perennial hive of activity with festivals in Toronto, Montreal, Ontario, Chicago, San Francisco, New York and Seattle all taking place throughout the month. South America also finds itself on the itinerary this year as Michael Inside, The Camino Voyage and The Drummer and the Keeper travel to Irish Cultural Week in Porto Alegre, Brazil.

Finally, closer to home, a number of events in the UK will showcase Irish film including Tyneside Cinema’s screening of Lenny Abrahamson’s Adam and Paul, and the London Irish Centre’s screenings of The Camino Voyage and Sanctuary.