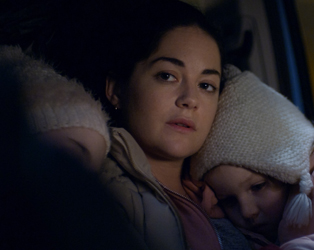 We’ve got three new releases at the IFI from Friday October 12th: Rosie, First Man and 1945. Read on for a selection of reviews or pop in to make up your own mind!

“‘First Man’ is so revelatory in its realism, so gritty in its physicality and so immersive that it does for space what ‘Saving Private Ryan’ did for war films.”
Variety

“Even when First Man stumbles as historical psychodrama, it still represents a giant leap forward for movies about the physical and emotional experience of flight”
3/4 RogerEbert.com

“Marvellously directed and acted, 1945 shows how those who practice deception for their own ends are likely to pay the price and in ways they may not foresee”
4/5 RTE

“Török’s engaging, if cluttered feature has important and timely things to say about historical guilt and remembrance”
Irish Times

“A fresh, intelligent cinematic approach to a difficult topic that takes on a transitional time in Hungarian history with subtlety and nuance”
Variety

“Simple, powerful, made with conviction and skill, “1945” proceeds as inexorably as Sámuel and his son on their long walk into town”
Los Angeles Times