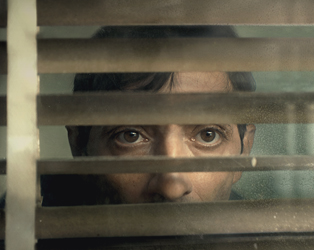 Review Roundup: Dogman, The Lonely Battle of Thomas Reid, Touch Me Not, Orphée

Four films are released at the IFI on Friday October 19th: Dogman, The Lonely Battle of Thomas Reid, Touch Me Not and Orphée. Read on for a selection of reviews or pop in to make up your own mind!

“A movie with incomparable bite and strength”
5/5 – Guardian

“The lead performance, from the mostly unknown Fonte, is a small symphony of crumbling ingratiation: the portrait of a good man trying to cling to his principles in the face of stubborn, selfish immorality”
AV Club

THE LONELY BATTLE OF THOMAS REID
“Feargal Ward has crafted one of the most unique and, perhaps, indefinable pieces of cinema this year”
4/5 – Independent.ie

“Feargal Ward’s handsome documentary explores the clash between tradition and progress; between the rights of the individual and the perceived good of society”
Screen Daily

TOUCH ME NOT
“Touch Me Not should strike a chord most readily with those who’ve struggled to understand or express their own identity, but adventurous viewers of all persuasions should approach this celebration of female and minority sexuality with an open mind”
Sight and Sound

“The film is (incoming critical cliché alert) “not for everyone”, but it’s encouraging to see something so brave registering in the upper echelons”
3/5 – Irish Times

“A studious, intelligent, if flawed and scattershot, work with an open mind about modern sexuality and intimacy”
The Film Stage

“A magical enduring classic, to be seen again and again”
Observer