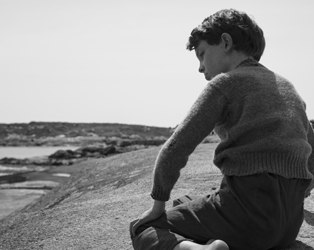 Review Roundup – The Disaster Artist, Song of Granite, A Matter of Life and Death, Menashe

A new week is here, and with it comes a bonanza of movie titles with something to suit everyone.

The Disaster Artist sees James Franco taking on the role of director, producer and lead actor in a tale which digs into the story of how Tommy Wiseau’s 2003 feature The Room was made – often cited as the worst film ever made.

Song of Granite is Irish filmmaker Pat Collins’ narrative follow up to Silence. This work is a unique and sublimely photographed biopic of the legendary sean-nos singer Joe Heaney.

Menashe gives a rare glimpse into Hasidic Jewish community of Brooklyn’s Borough Park area in a warm and emotional drama. Finally Powell and Pressburger’s A Matter of Life and Death returns to screens more than 70 years after it was released in a spectacular new 4K restoration.

Read on for a selection of reviews of these films, and pop in to make up your own mind!

“”The Disaster Artist” is a sweet, emotionally engaging tribute to friendship, the movies and the importance of dreams”
Detroit News

“Song of Granite is an essential film”
5/5 – Scannain

“At moments like this, Collins’ filmmaking takes on the intensity and intentness of prayer; pure and concentrated in its devotion to far more than one man, “Song of Granite” feels a very full, stirring sermon”
Variety

“If Andrei Tarkovsky had grown up in rural Ireland, he might have made a biographical cine-memoir as luminously beautiful as Song of Granite”
Hollywood Reporter

“”Menashe” is a little slice of life, delivered with a knowing sense of truth”
Detroit News

“One of the most moving movies ever made”
Slant

“One of the most audacious films ever made”
4/4 – Rogerebert.com

“It’s a story with humour and heart, a genuine classic that rewards with repeat viewings”
5/5 – Empire