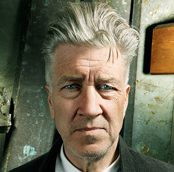 ‘David Lynch: The Art Life’ and artists’ and experimental filmmaking this July at the IFI

This July, the Irish Film Institute presents evocative and thought-provoking artists’ and experimental filmmaking with curated programmes of Irish and international work, from the upcoming release of David Lynch: The Art Life, to screenings from filmmakers Susan MacWilliam and Andrew Kötting. 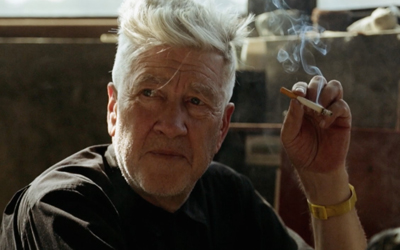 David Lynch: The Art Life, directed by Jon Nguyen, opens July 14th and offers a compelling insight into the early life of one of American cinema’s finest visionaries. Made by the team who produced 2007’s Lynch, a film which chronicled the making of Inland Empire, David Lynch: The Art Life is an intimate portrait of the usually private director, providing a privileged view of his process as a fine artist as well as an insight into his upbringing and intransigent commitment to self-expression. This is Lynch’s own take on his early life and experiences as an art student, first in Boston but more successfully later in Philadelphia, a haunted city in ruins that served as inspiration for Eraserhead.

Edith Walks, directed by Andrew Kötting, will have two screenings at the IFI, on Sunday, July 2nd at 16.00 and Monday, July 3rd at 18.20. Inspired by a statue of King Harold in the arms of his first wife Edith Swan-Neck, filmmaker Kötting journeys 108 miles on foot from Waltham Abbey in Essex to St Leonards-on-Sea in East Sussex, where the sculpture is situated. Edith Walks will screen with Forgotten the Queen, a 12-minute animated short, directed by Eden Kötting. 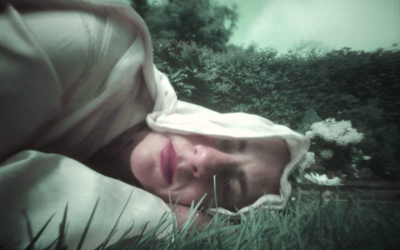 The IFI regularly collaborates with aemi to present screenings of  artist and experimental moving image works, both contemporary and historical, that challenge, expand and interrogate a wider realm of possibility in terms of what cinema can be and do. Founded in 2016 by Alice Butler and Daniel Fitzpatrick, aemi is an agency and platform for the support and exhibition of a diverse range of Irish and international moving image practices, reclaiming the cinema as a space for warped perspectives and spatiotemporal journeys utterly unlike those we might be accustomed to.  The aim of the aemi screenings is to contribute to and develop critical discourse in this area.

In July, IFI & aemi will collaborate with artist Susan MacWilliam to present Out of Body, a selection of moving image works that explore the psychic and physical space of body and landscape. Presented in partnership with IMMA’s As Above, So Below: Portals, Visions, Spirits and Mystics exhibition, the screening will take place on Sunday, July 25th at 18.30 and will be introduced by MacWilliam.

Featuring works from Jordan Baseman, Maya Deren, Mairéad McClean, Paul Sharits, John Smith and Susan MacWilliam, these films encourage a consideration of the external and the internal, of that which is visible and which is not, drawing attention to the very act of looking and even eliciting the feeling of being ‘out of body’.

The immersive experience offered by aemi Projections, together with discourse around the films, helps create a vital sense of cinema culture, and allows film lovers to take the plunge into the world of artist cinema.