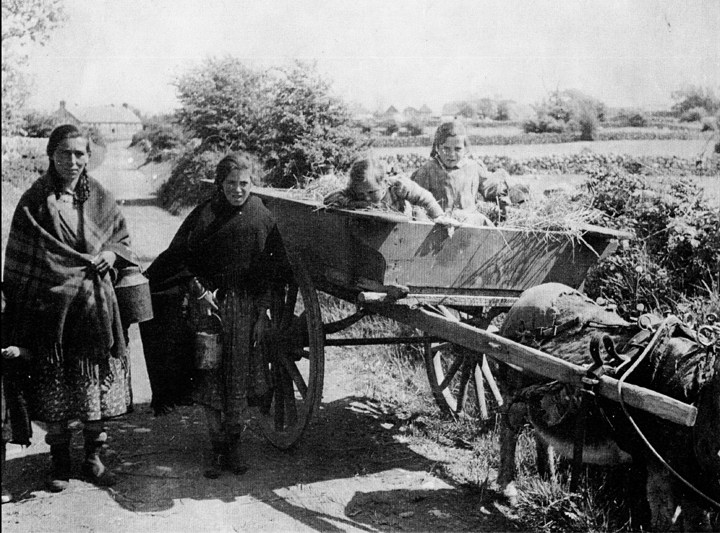 Irish Traveller culture has been captured in photographs and on film for decades.  The distinctive Traveller identity and culture, based on a nomadic tradition, will be celebrated in the IFI with a programme of screenings and discussions on Wednesday, June 7th.

Co-curated by IFI and Minceirs Whiden, Ireland’s only all-Traveller forum, this presentation includes free screenings and discussions of Traveller-related films from the 1940s to the present day.

Drawing from the collections of the IFI Irish Film Archive, the programme will present Traveller heritage as it was recorded over the decades, and will explore how that heritage was represented in fiction and non-fiction film.

Commenting on the programme, Thomas McCann of Minceirs Whiden said, “Traveller Culture has changed dramatically over the past 60 years. These changes are due to number of factors such as assimilationist policies, discrimination, and lack of culturally appropriate provision and recognition. However, Travellers and Traveller organisations have struggled throughout these decades to have our culture recognised and valued by the Irish State. This event will provide a valuable insight into past and present Traveller culture for both Travellers and for the majority community“.

A limited number of free places for Traveller Pride Day are available now from the IFI Box Office in person or over the phone on 01-6793477.

For more information and interview availability please contact Michelle McDonagh at the IFI Press Office on 01-6795744 or mmcdonagh@irishfilm.ie

Minceirs Whiden has received support from the Department of Justice for this event.

The Irish Film Institute is Ireland’s national cultural institution for film. It provides audiences throughout Ireland with access to the finest independent, Irish and international cinema. It preserves and promotes Ireland’s moving image heritage through the IFI Irish Film Archive, and provides opportunities for audiences of all ages and backgrounds to learn and critically engage with Film.

Minceir Whiden is a Traveller only organisation that was formed in 2004, currently they have over 800 members spread throughout Ireland. Their aim is to build unity and address divisions amongst Travellers, Promoting Traveller ethnicity, culture and their role in Irish Society, and to promote a collective voice and political platform for Travellers.