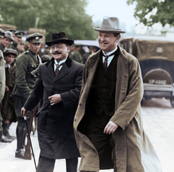 Bringing colour to the revolution, The IFI invites director Martin Dwan to present his documentary Revolution In Colour this Easter Monday, April 17th at 2 p.m.

April 5th 2017: The Irish Film Institute presents a screening of Revolution in Colour on Monday, April 17th at 2 p.m. This screening is part of the IFI’s monthly ‘Irish Focus’ strand and tells the story of the Irish struggle for independence during the first quarter of the 20th century. The screening will be introduced by the director, Martin Dwan. 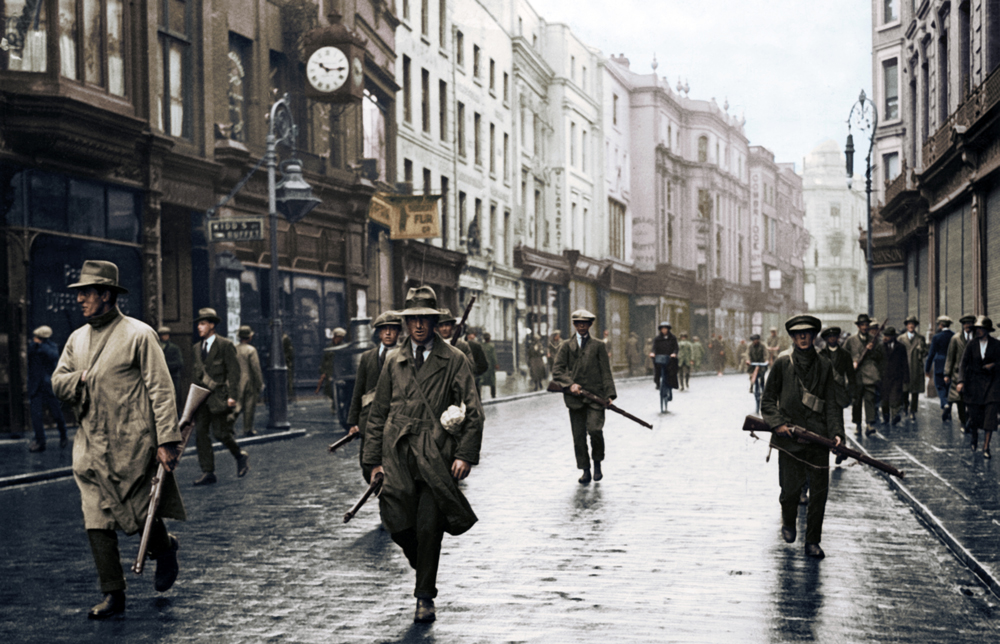 Transformed from the distant world of black and white to the vibrant world of living colour; a meticulous job of colourisation brings a fresh perspective to the now-familiar film records of Ireland in the 1916 – 22 period. The film imbues its subjects – regular citizens  and leaders such as Michael Collins, Patrick Pearse and Edward Carson – with a humanity and tangibility that is absent from the more austere black and white originals. Martin Dwan, experienced director of historical portraits (TK Whitaker, Shay Elliot and John McCormack) traces the narrative through contemporaneous newsreel and photographs to represent the century-old history with clarity and rigour. This 90 minute film, narrated by Allen Leech (Downton Abbey), provides a welcome complement to our visualisation  and understanding  of modern Irish history.

Tickets for the screening of Revolution in Colour are now on sale here and the IFI Box Office – 01-6793477.

Martin is a UCD graduate with a BA in Economics & Politics and an MA in Film Studies. He has worked in the Irish television industry for over a decade, producing, directing and scripting a number of critically acclaimed documentaries. His profiles on two legendary Irishmen, Shay Elliott – Cycle of Betrayal and the public servant TK Whitaker – Seirbhíseach an Stáit were both nominated for an IFTA. His work has aired on TG4, TV3 and Setanta Ireland. He has Directed and Co-Written In The Name of the Republic, a two part documentary series for TV3  following eminent Historian, Professor EunanO’Halpin as he explores the dark side of Irish republicanism during the Irish War of Independence.