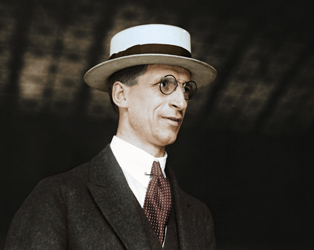 This Easter Monday screening reclaims the story of the Irish struggle for independence during the first quarter of the 20th century from the remote world of black and white to the vibrant world of living colour. A meticulous job of colourisation brings a fresh perspective to the familiar history, imbuing the subjects with a humanity and tangibility that is often absent from the more austere black and white originals.

The screening will be introduced by director Martin Dwan.