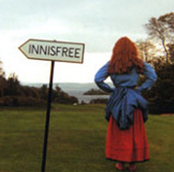 This November, the IFI continues to celebrate the best in foreign language cinema with the Carte Noire IFI French Film Festival (November 19th – 30th), with the powerful Russian film Leviathan and the groundbreaking Mary is Happy, Mary is Happy from Thailand. Today’s blog from the Tiernan MacBride library is inspired by the IFI Irish Film Archive’s From the Vaults screening of the French/Italian/Irish production The Purple Taxi earlier this month, which was simultaneously filmed in a French language version as Un Taxi mauve. We look at five other foreign language productions, ranging from the cinema of the Third Reich to Bollywood, which are set in Ireland, but which represent the country in different ways.

Mein Leben für Irland/My Life for Ireland (1941)
Mein Leben für Irland is an Irish-set German language film which was commissioned during World War Two by the Third Reich’s Minister of Propaganda, Joseph Goebbels. The film is shot entirely in Germany and is worth seeing for its germanised depictions of Irishness alone. [1] Set mainly in an Irish boarding school where the boys become embroiled in the 1921 War of Independence, the film’s central message is directed at male German youth, with a heroic death on behalf of the nationalist cause being hailed as the ultimate sacrifice. [2] The actions of the British forces are harshly depicted throughout, but the film backfired as propaganda when shown in Poland and Czechoslovakia. Rather than stirring up anti-British sentiment, local resistance groups identified the Irish cause in the film with their struggles against the Nazis. [3] Another aspect of the film worth noting resulted from its explosives expert being called to the front before the action sequences were shot. [4] Consequently, several extras were killed by explosions detonated during the main battle sequence and the film was released with this footage included. [5] Innisfree (1990)
Innisfree is a Spanish part-documentary part-fictional film which examines John Ford’s The Quiet Man through the memories of the villagers of Cong, Co. Mayo. Director José Luis Guerín revisits the sites used in the film, re-enacting scenes with an imagined Maureen O’Hara, looking for the traces and memories that the filming left behind. He explores Ford’s cinematic vision, juxtaposing its Hollywood representations of Ireland as a “pastoral Arcadia” [6] with hints provided by Ford that his portrayal of Innisfree should be viewed critically as in fact it gives “the lie to the emigrant’s dream of Ireland.” [7] Guerin also uses the film as a point of departure, explicitly invoking it while seeking to understand the political, social and linguistic complexity of a modern Ireland which is globally linked to other small European countries and communities, such as the director’s birthplace, Catalonia. [8] Le Dernier Mot/An Focal Scoir/The Last Word (1999)
This teenage TV drama is a French/Irish co-production set in Kerry and in the suburbs of Paris. Sebastien Grall directs both the Irish language scenes shot in Schull in West Cork and the French language scenes shot in Paris, relishing the challenges posed by a project which is “undeniably different.” [9] In the film Cynthia, an Irish schoolgirl from the Kerry Gaeltacht, befriends a French boy, Nicolas, on the internet. Nicolas, ashamed of his severe stammer, asks his predatory brother Bertrand to pose as Nicolas on the phone. When Bertrand invites Cynthia to France comic misunderstandings ensue, but these are satisfactorily resolved by the film’s end. Co-written by Irish and French scriptwriters, the film realistically depicts the anxieties and desires of two teenagers from different communities. The Irish scenes blend humour with naturalistic drama and depictions of community life in the Gaeltacht eschew traditional representations of the West of Ireland, being presented instead as “more global village than rural idyll.” [10] Tamatama/By Chance (2011)
Tamatama is a Japanese language feature which tells the story of a lost young woman, played by Yu Aoi, who is washed up onto Ireland’s shores. As she finds her way, she encounters different people and places “by chance” and small miracles occur. Described as an “adult fairy tale” [11] an ethereal soundtrack performed by Sigur Ros and soft, rain-infused lighting contribute to the depiction of Ireland as a magical place in the film. The director, Mayumi Komatsu, stated that she wanted to make a film that was “full of hope” [12] following the tragedy of the tsunami in Japan. She felt drawn to Ireland and the production was filmed in the village of Eyeries on the Beara Peninsula of West Cork. Sixty of the villagers were involved in the production, providing a welcome boost to the local economy. Mayumi Komatsu and her producer, Satoshi Oshima, returned to Eyeries in November 2011 to screen the film, which received a standing ovation from the audience. [13] Ek Tha Tiger (2012)
In this Bollywood thriller, “India’s Tom Cruise” [14] Salman Khan stars as Tiger, a secret agent who travels to Dublin to investigate a scientist suspected of selling military secrets to Pakistan. He falls in love with Zoya, played by Katrina Kaif, a Trinity College dance student, who is later revealed to be an undercover operative. The film, worth an estimated €1.2 million to the Irish economy, [15] was seen by a mainly Hindi-speaking audience of over 100 million people and broke all box-office records in India on its release. [16] Dublin is portrayed as a vibrant, modern city and the film showcases key tourist locations such as The Ha’penny Bridge, St. Stephen’s Green and Temple Bar. Watch and marvel at the film’s rousing Banjaara dance sequence which takes place in Trinity College’s front square and on Grafton Street and includes over 60 local dancers, GAA players, nuns and the Garda Síochána! Salman Khan as Tiger in a scene from the Banjaara dance sequence in Ek Tha Tiger.
Copyright 2012 Yash Raj Films.