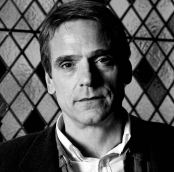 As part of our IFI20 celebarations, we are delighted to welcome Jeremy Irons and Sinéad Cusack to the IFI this Saturday for the special screening of Waterland.

Teacher Tom Crick (Jeremy Irons) is going through a period of extreme emotional turmoil as is his wife Mary (Sinéad Cusack). To relieve stress, he recounts the tale of his life to his class, and one difficult student (Ethan Hawke) in particular. Told in a style that often touches on the surreal, it was a memorable debut for the IFI (and the director’s daughter, Maggie).

Waterland is screening this Saturday at 20.00. Tickets selling fast, please book in advance by calling our Box Office on 01-6793477, or book online.